When you are a young artist and full of dreams you might not have the deepest pockets. Therefore, setting up your home with IKEA furniture is often unavoidable. And if you are a figure photographer who spends all of his disposable income on plastic figurines you probably have the same problem.

Originally released in 2017 by Kotobukia this was one of the first figures I bought when I started this whole brand a few years ago. And since Sagiri got a rerelease this year I thought, why not finally take a picture with her. Like most figures with a kneeling pose she has the larger scale of 1/7 while still being relative small in height. It’s a very basic sculpt with a simple design but I do like how they themed the base and made it completely free of pegs. Therefore, Sagiri can be placed on any surface at any time. The two plush toys are a nice addition and her eyes have a soft pencil brush to them, derived from her original art style.

Because of the recent rerelease her price also stayed well below the 100 USD/EUR mark, especially on the used market. This one is a good example that you don’t always have to pay big money for a nice figure. In my opinion she still holds up very well by current standards. It’s a cute, compact figure from a much simpler time.

This isn’t my first figure photo with Sagiri but the first one where I wrote an article about it. So, why not talk about the actual series itself. Eromanga Sensei (also the pen name of Izumi Sagiri when drawing ero-doujin) was one of the more popular and well received imouto shows that were very common a few years ago.  Because it also explored the Japanese indie comic scene a bit and wasn’t pure “I love my younger sister” stuff, I remember the show very fondly. The characters designed by Hiro Kanzaki are likeable and quite distinct. Plus, the show gave us a few nice figures to collect and take pictures with.

I worked on the interior of this room for quite some time. Not because it’s very elaborate but because lately I’ve very little spare time. I switched workplaces two month ago and since then a twelve-hour work day has become the norm. Combine this with a longer commute, some sleep and a fair bit of Saturday shifts there wasn’t much time or for better words, creativity left to build sets or shoot figures. Most of my “Moe University” output the last couple weeks were just video reviews. Those reviews can be done by pure crunch and don’t require much brain juice. Only me sitting in front of a screen pushing some buttons while wheedling a mouse. 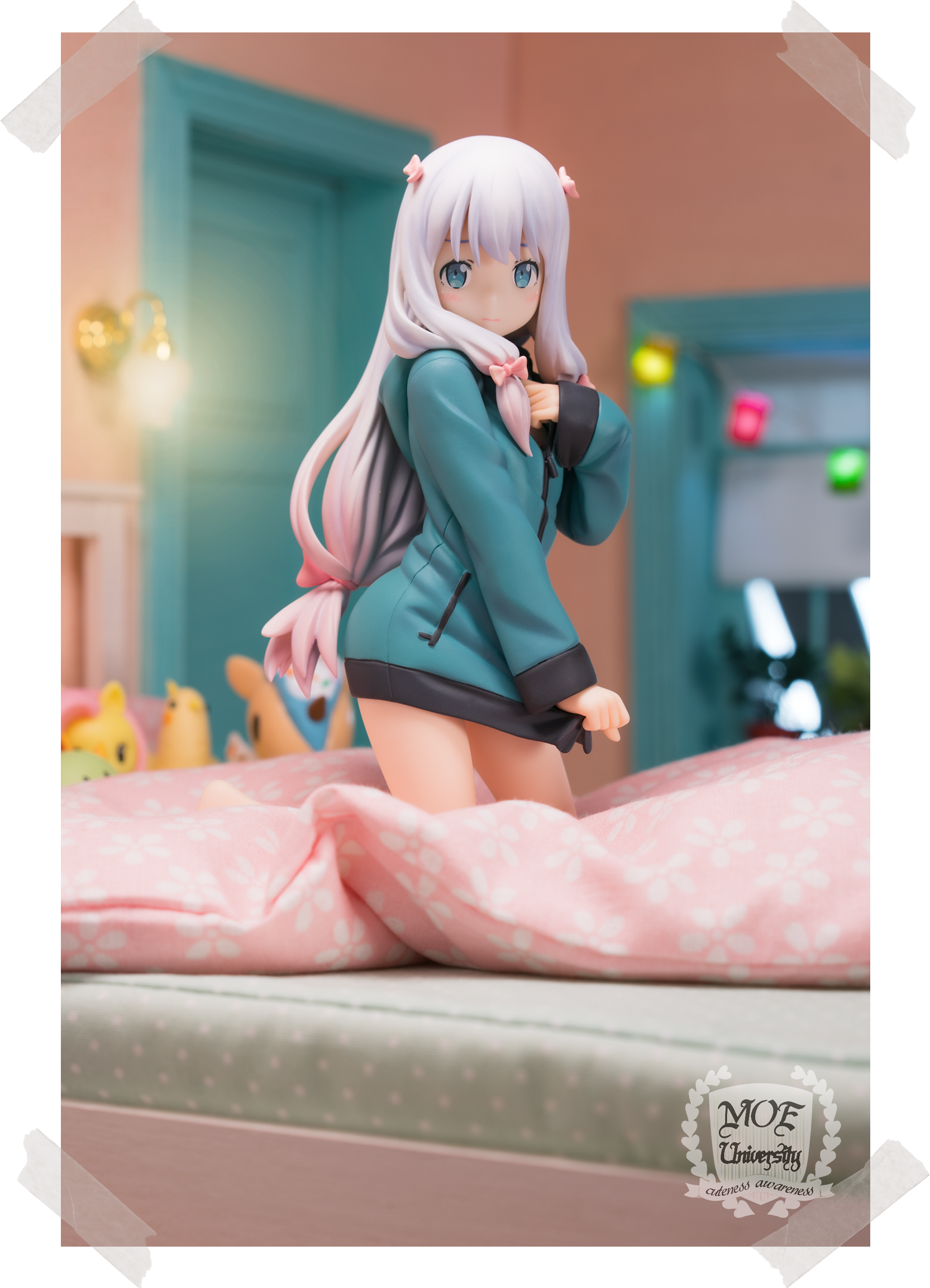 But enough about my lamentation, lets talk figure photo. I started by crafting some IKEA inspired furniture like the desk and her bed somewhen in summer, when I was kinda bored. Actually, IKEA furniture is very simple to build and the best thing you can download all the instructions online while also having detailed measurements of them. Therefore, making a 1/7 HEMNES bed was quite an easy task. I know that IKEA has it’s one doll house line of miniature furniture but if I had a saying within this Swedish candle store, I would expand this range of products by a lot more. 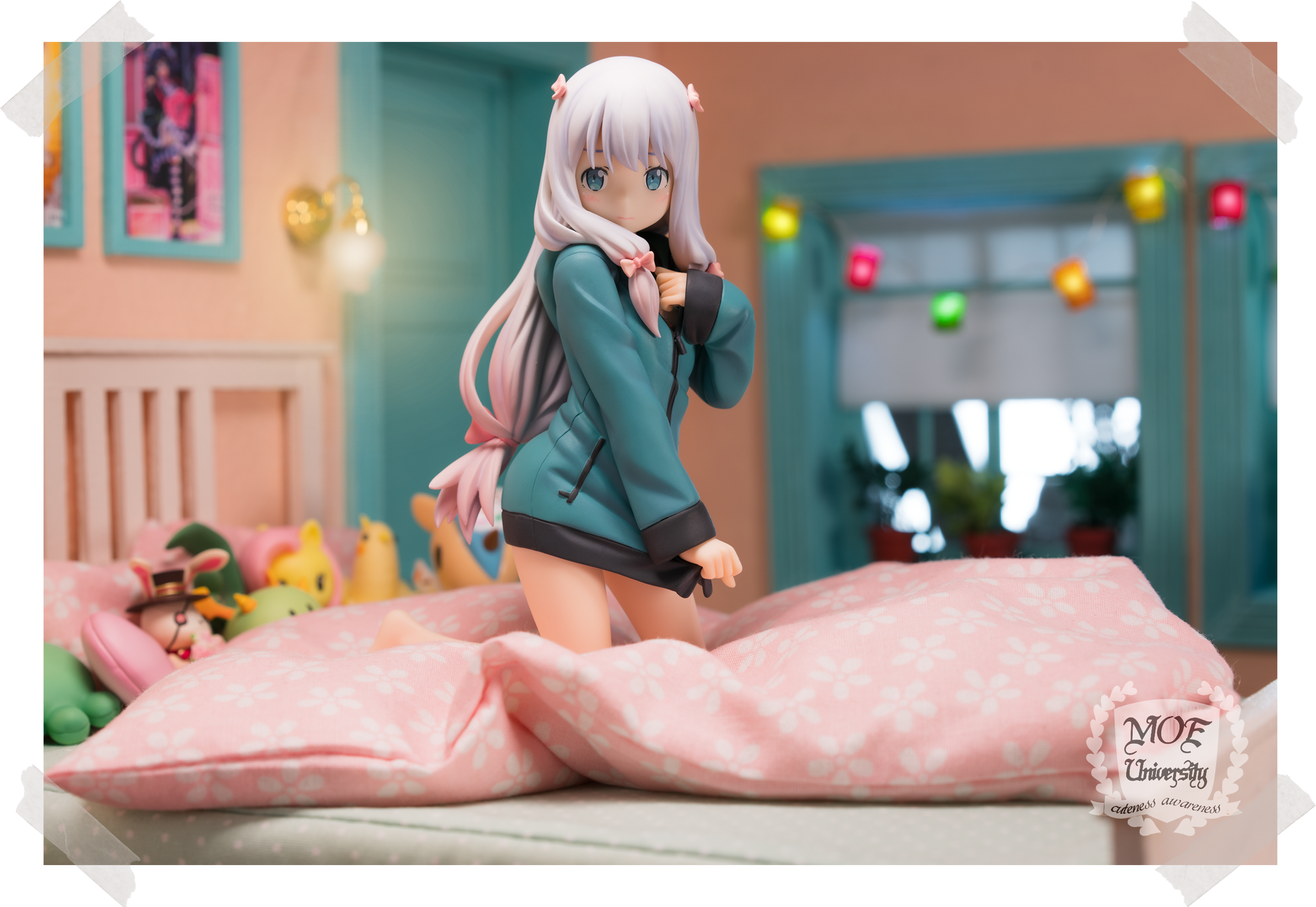 The basic structure of the walls is Styrofoam. I can get it for free where I work. The nice thing about working alongside a warehouse is that it provides an endless supply of crafting materials such as cardboard or wood. Since all of the furniture is made out of balsa wood the whole set is very light weight and flimsy but on the other hand it only has to look good on camera and will be disposed afterwards.

My biggest challenge when crafting the miniatures was of course the sewing of the pillows and sheets. I don’t know why but needlework never interested me and therefore I’m super clumsy when doing it. I really wish for more skill points in this category. The rest of the props are just reused things form older pictures while the rug beneath the bed was a cleaning cloth for screens. It once had a dark neon purple color but two days in a bleach bath transformed it into Sagiris bedside rug. 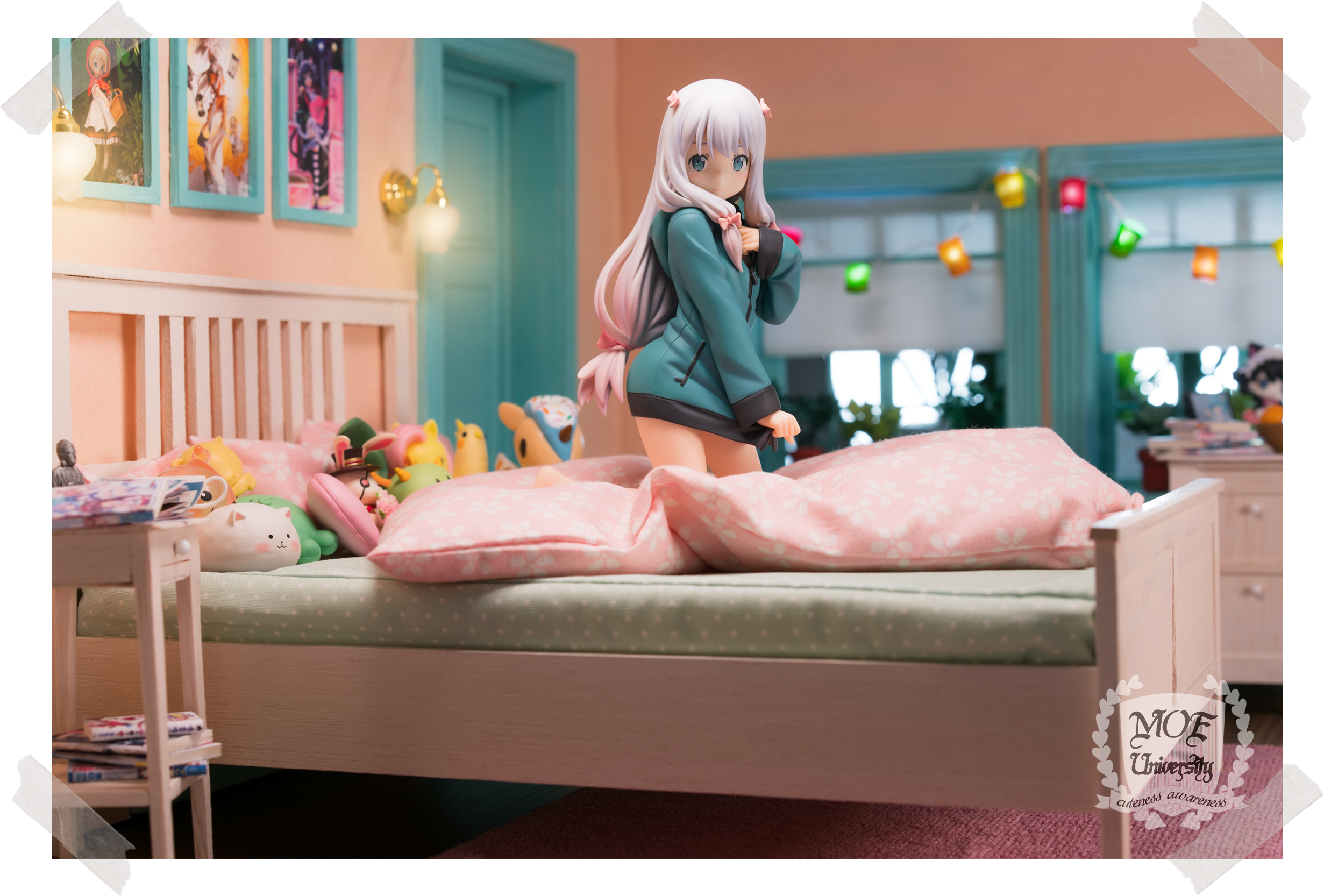 Time and effort: Building the furniture and also those detailed wood windows was time consuming for sure, but what took me the longest was finding proper motivation to finish the whole thing.

Costs of the props: If you don’t count the wood and the paint, I would say zero because nothing was bought solly for this picture – with the exception of a cheap seat pad because I needed the foam for the miniature mattress.